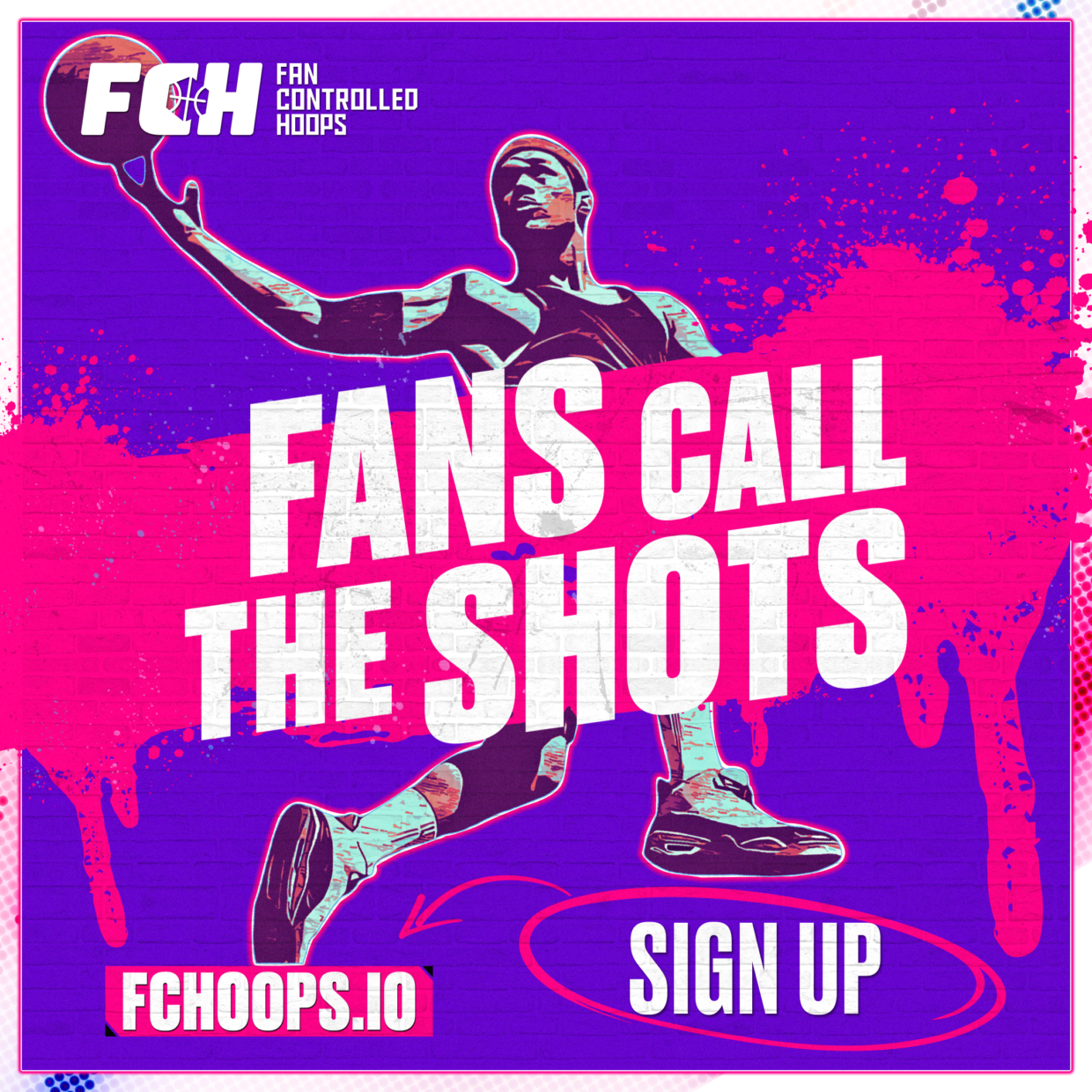 The first ever fan vote way back in like 2007 (yes, we’ve legit been at it that long) was to decide which sport we would buy a team in that would be run by the fans. Baseball won the vote handily and although we came close, we weren’t able to get a deal done for a minor league team. A decade of twists and turns later and we launched our first fan-run team with the Salt Lake Screaming Eagles of the Indoor Football League – which was most definitely not baseball.

And now another half decade later we are expanding to a new sport and launching four new teams – but once again baseball is going to have to wait.

The second place vote getter all of those years ago was basketball and we are stoked to say we are finally putting the fans in charge of a hoops team! (well four of them to be exact)

Fan Controlled Hoops is taking court in February 2023 with four teams playing 4v4 basketball in a totally rad venue in Atlanta. Just like with Fan Controlled Football, our fans will have the ability to pick their squad, name the team, design the logo and outfit their players in their favorite jerseys. As we get closer to the season the fans will help set the rules, pick the players and earn power-ups for their team.

And once we take the court, they will be calling the “shots”… literally.

Instead of a traditional hardwood court, we are rolling out a first of its kind basketball court that is actually a giant LED screen where we can change what it looks like in real-time. This means fans will be able to make player substitutions, then choose hot spots on the court to light up that will increase the amount of points their players get when they score. Put in your dominating big man and light up the area right in front of the hoop to plus up the points he scores on his monster dunks. Or sub in a sharp shooting 3 point specialist and turn his favorite corner into a lit zone so that his splash shots earn extra points.

NBA Jam ain’t got nothing on us – with “on fire” hot spots popping up all over and a bunch of power ups designed to reward players and fans who go the extra mile with boosts to help their squad get the win. And there will be a whole new line of FCH Keypasses that our web3 fans can utilize to unlock new in-game utilities and IRL benefits.

There’s a ton of rules we need to figure out, like how we should implement an Elam Ending, how players should be franchise tagged or traded, what our refs should have to do as punishment for making a bad call… the list is seemingly endless.

Its basically already Halloween, meaning it will be Thanksgiving next week, then Christmas right after that – then its pretty much New Years and the first season will be upon us. We’re ready to get started building the most fun and the only truly interactive basketball league on the planet and hope you are too – join the party and be the first to decide the rules, pick your squad, and CALL THE SHOTS for your new favorite basketball team at www.fchoops.io

LFG – Power To The Fans!