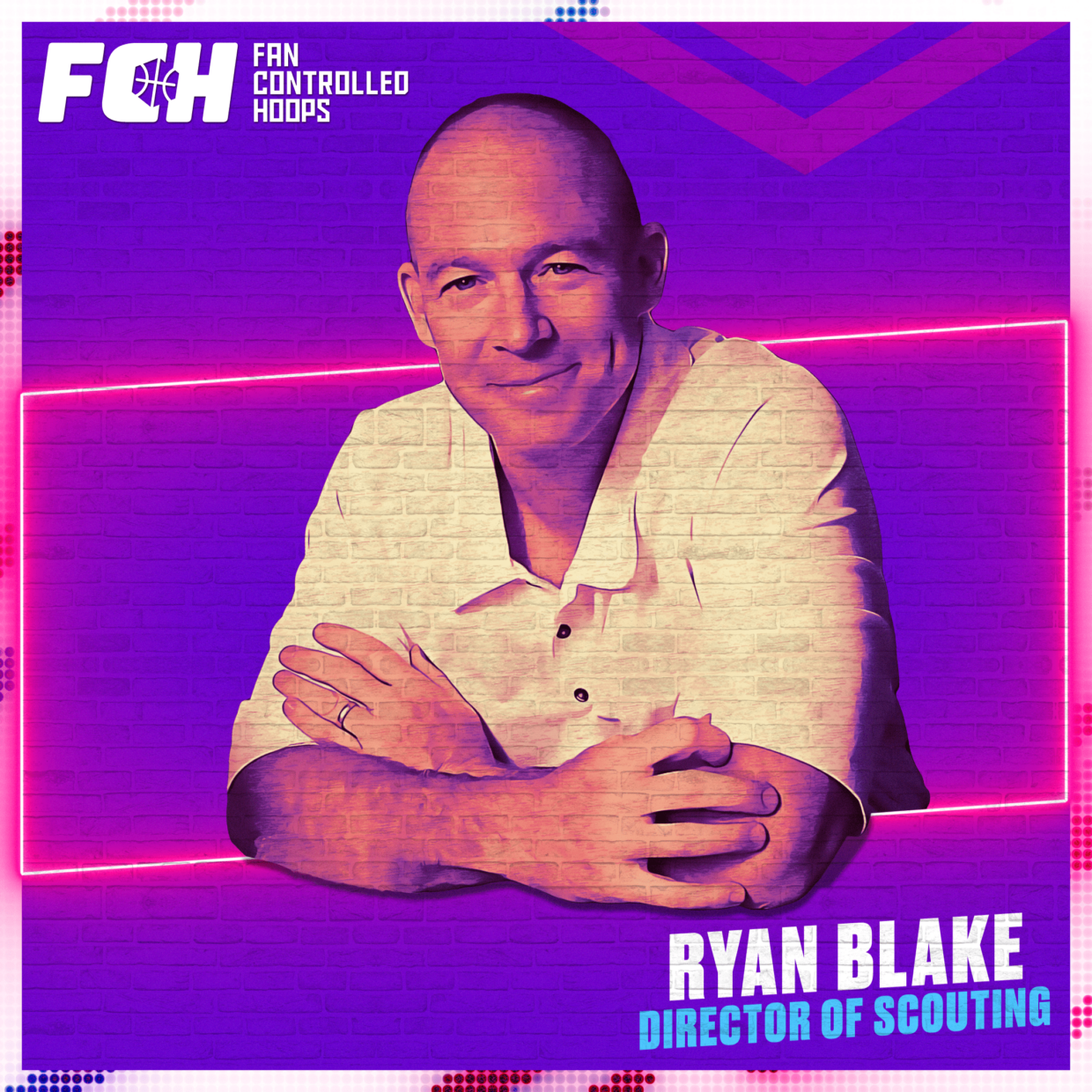 Basketball has been a part of my life for as long as I can remember.

I can remember game days as a ball boy in the ABA being around guys like Billy Cunningham and Doctor J and thinking that was a normal day for all kids. Little did I know how lucky I was to grow up around such amazing players and such a beautiful game.

My dad, Marty Blake, was the General Manager for the Atlanta Hawks for many years. His mentorship and guidance molded me into being a student of the game. That, combined with a lot of hard work is what got me to where I am today.

Obviously, I grew up playing basketball, but for a while, my biggest passion was tennis. I was fortunate enough to be able to play both sports at the collegiate level at Georgia Southern University, but playing behind Michael Curry doesn’t warrant much playing time, so I began to focus more of my playing time on tennis. That didn’t mean that I stopped with basketball.

Knowing I wasn’t going to see much action on the court, I decided I should pick up on the scouting side of basketball. I got to learn from some of the greats, including The Logo himself, Jerry West. I didn’t realize at the time, but putting in work, making reports and seeing how basketball works “behind the scenes” in college would set me up for great success down the road.

After college, I strayed away from basketball for a bit to focus on professional tennis for 5 and a half years. During a majority of that time, I was playing overseas which turned out to be quite beneficial for me and set a foundation for my time as a basketball scout. After my time in tennis, my father and I realized in the early 90’s that there was a lot of good basketball happening overseas, but the scouting infrastructure that exists today was not available at the time.

If you can’t see the guy, then he can’t play in the NBA.

My dad was a big believer in recruiting talent from abroad. He was actually one of the first General Managers to draft international players to the NBA. As a result, I was traveled all over the place and believe it or not – there were times I even stayed with the players and teams that I was scouting.

Skip forward a couple of years, and by the late 90’s and early 2000’s, I was working as the Director of Scouting for the NBA and helping over 60 scouts around the world scout out and recognize talent. We wrote scouting books, roster books, draft books and prospect books so that we could have everyone utilize these and make the whole process easier with the end goal of bringing top talent from around the world to the NBA.

While I was doing all of this, my father who had just helped start the NBA Combine, I was introduced to a tournament called the Portsmouth Invitational Tournament. The goal for this tournament, that still to this day brings in top talent, was for college seniors who maybe didn’t have the crazy stats or media attention to be able to get in front of scouts to see how they played with other guys on their level.

You may not have heard of it, but we have been very successful in bringing some of the best players the NBA has ever seen. Here’s a short list of some of the players who have showed up in Portsmouth:

They were just some typical basketball players who needed another chance to showcase their skills, and obviously, they made a huge impact on the sport.

The Portsmouth Invitational Tournament, and tournaments like it, are the reasons why I love the game. Making people better and giving them opportunities to succeed is all I have ever wanted to do, and fortunately for me, I have gotten to do it through basketball.

Now on to my next venture, one that I’m quite excited for, Fan Controlled Hoops.

Now I’ve been an Atlanta guy my whole life, but it wasn’t until my good friend Greg Moore contacted me about Fan Controlled Hoops that I had heard about the operation FCSE was running. I get asked to do a bunch of different things in the basketball world, and I have to admit, it takes a lot for me to commit to something that isn’t my own. But when I really dug in and researched what FCSE was building here in Atlanta, I was blown away. FCH seemed like a different animal. So of course I wanted to get involved in something like this, and after meeting the team and brainstorming what all we have coming to the masses in 2023, it was hard not to get excited.

A big driver that lead to the decision to join on with FCH was their addition of former NBA player, and my now colleague, Mike Bibby.

I knew of him from his playing days in the NBA and had heard of him using the program that the Portsmouth Invitational uses to develop retired players into coaches. Usually, you can tell when a guy is going to be able to make it in coaching, and after hearing about Bibby and then seeing him in action, you could tell he was going to be good. When you have a leader with knowledge, passion, and drive, there’s not much you can do to stop that guy from being successful at any level of coaching.

I’m excited for [Mike Bibby] to be a pioneer in all of this. No one has really seen this type of basketball and he will be the one creating the blueprint.

We partnered up a bit in Vegas and attended a couple summer league camps to evaluate talent, and with FCH, our goal is to sign the best players available. Doesn’t matter who you are or what you have done in the past, we want to put the best product on the court and cultivate the strongest competition we can to set these players up for success, and I think we have done a great job of communicating that so far.

The truth is, we don’t have 5 positions in basketball anymore. 3v3 basketball is an olympic sport, and with freaks like Nikola Jokic, Kevin Durant and Luka Doncic, it’s now a detriment if you don’t develop skills outside of what you would normally see for a point guard or center. The concept of positionless basketball has existed now for a couple decades, but we’re hoping FCH can step things up a notch.

4v4 basketball has really yet to be explored. Versatility is such a priority in today’s game, but four on four allows for so many different styles of play. Coach Bibby I know will put together some creative and exciting schemes that people may not have ever seen before.

Players will still have the individuality to make plays on their own, but excited to see how the fans will be able to influence and control aspects of the game that no one has seen before.

My whole career has been about finding talent and making that talent better, and at FCH, I intend to do the exact same. I’m excited to see what kind of players show up and show out at these tryouts we have coming up, and I can’t wait for the people to see what we are putting together. Great basketball is coming your way, and I hope you’re ready to witness it.

Oh, and since we are recruiting talent, apply to play in FCH now! Chicago is up first. See you there.