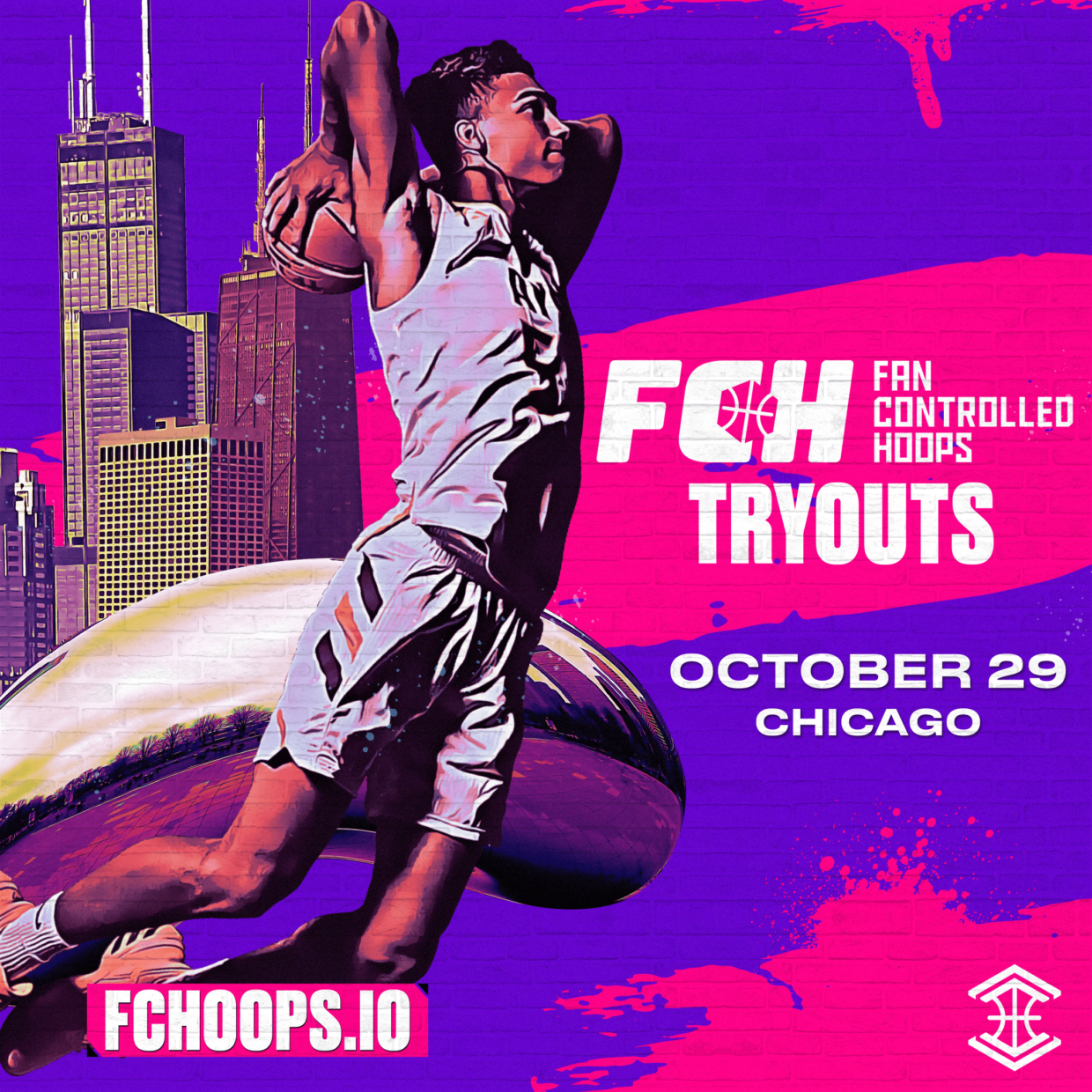 If there was one word I would use to describe the atmosphere at Fan Controlled Hoops’ Chicago tryout, it would be “hope.” Second? Probably “sweaty.” The latter, however, being a direct result of the former, as 25 guys got the chance to become professional basketball players in what may have been their first, or for many a number they’ve since forgotten, tryout for the chance to become one of millions who have turned the game they loved into a job.

Upon arrival, these 25 men exercised a level of skepticism that is natural with any tryout, and especially one in our league, with not too many details known yet to the public. But, when Head Coach Mike Bibby summoned the players into a circle to speak to them, skepticism lifted and that feeling of hope washed over the gym.

Coach Bibby kept it short and sweet. “Go out there and play basketball. Have fun.” was his primary directive. Coach Ty Ellis, who has extensive experience coaching in the NBA, G-League, and with USA Basketball brought some more structure, and explained that the guys had “a real chance” to become professional basketball players based off their performance that day. This segment was topped off by Greg Moore, FCH General Manager, telling a story about NBA legend Scottie Pippen being discovered out of essential anonymity, by none other than our Director of Scouting, Ryan Blake’s father. Blake was also in attendance, already gathering takeaways from the players on a legal pad.

Dynamic stretching started the formal tryout process, followed by BAM (a standardized athletic measuring test) testing on one half of the gym, and three-point shooting (50 shots each) on the other. Fatigue set in quickly for some, and less quickly for others, on both sides, but each and every player got through, supplying the coaching staff with BAM results and shooting numbers to pore over later.

To test players’ ability to remember plays (and add some structure to the forthcoming scrimmages) the coaches ran through four plays, and after about 20 minutes of practice and execution, with each player learning their role, the 25 were ready to show what they had in the open court.

There is usually a level of, frankly, ball-hogging that is customary at open tryouts, but there was a pellucid understanding among the players that this is not what the coaching staff was looking for. “Show how you can play together. You don’t need to score 100 points” Coach Bibby had told them earlier, and (most) listened. Sets were run, many screens were set and you could see guys already bonding and forming friendships over the game they all mutually love, and have depended upon to varying degrees in their lives.

Every team played one another once, with varying results, and a handful of players clearly standing out above the rest. Names to remember? To be decided…by people who know way more about basketball than I do.

In conversation after with some of the guys, I learned that they were not all from Chicago, and some took significant trips to get to this tryout. From South Carolina to Indiana, players decided maybe one last shot, or the first of many, was worth the drive, or flight, or train, or bus, to Chicago.

To wrap up, Coach Ellis called out a few individual players. “You can be a professional basketball player,” he said to one. “You wanted to do more out there, but you locked in, busted your ass, and did the right things. I noticed,” he said to another. He was also honest, letting others know that if they want to make it in this, or any other, league they need to get their fitness together. Take it more seriously. Treat this like any other job. He said he hopes to see some again at another tryout, knowing what to expect and showing up ready to impress. This suggestion didn’t seem to squash hope, but rather enhance it, as we all know how rare seconds chances are, especially in sports.

I would be shocked if no one takes him up on the suggestion.

It is not yet clear how many guys from this tryout will have the chance to step on our LED court when the first FCH season starts, but it was abundantly clear that whoever does eventually suit up for…uh…team to be named by someone reading this probably, will have earned it through a combination of hard work, determination, hope and sweat.

Houston is next, and I truly cannot wait to see who comes out and decides to gives themselves a chance to become a professional athlete with Fan Controlled Hoops.